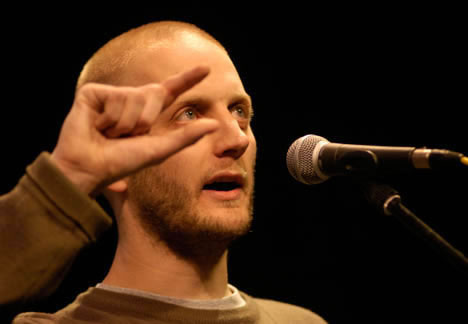 His publications include The Book of Matthew (Carcanet, 2003) and We needed coffee but we’d got ourselves convinced that he later we left it the better it would taste, and, as the country grew flatter and the roads became quiet and dusk began to colour the sky, you could guess from the way we retuned the radio and unfolded the map or commented on the view that the tang of determination had overtaken our thoughts, and when, fidgety and untalkative but almost home, we drew up outside the all-night restaurant, it felt like we might just stay in the car, listening to the engine and the gentle sound of the wind (Carcanet, 2009) and Waffles (EggBox/FUNEX, 2012).