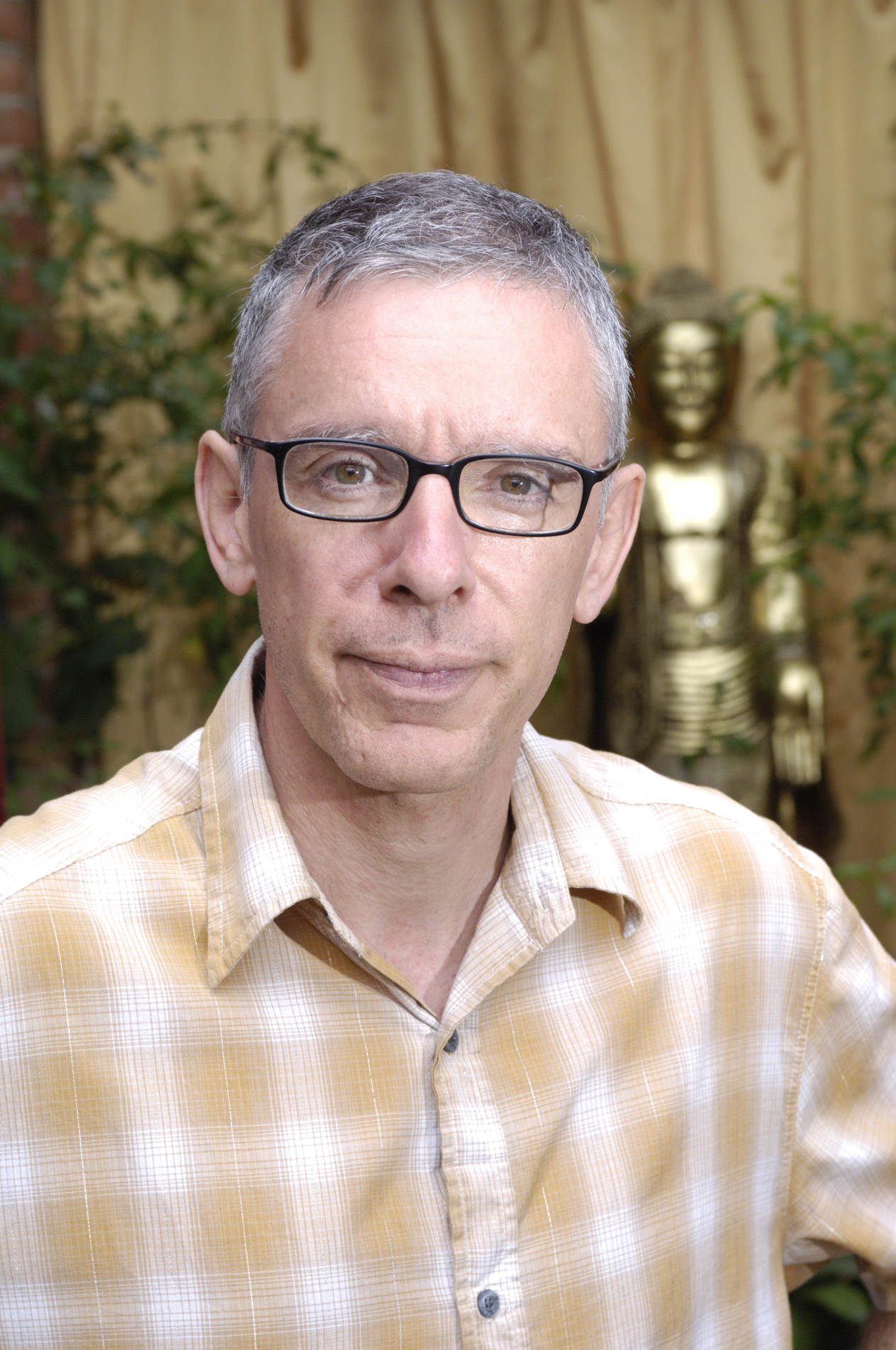 Maitreyabandhu has won the Keats-Shelley Prize, The Basil Bunting Award, the Geoffrey Dearmer Prize, and Ledbury Festival Competition. His pamphlet, The Bond won the Poetry Business Book and Pamphlet Competition (2010) and was shortlisted for the Michael Marks Award. His second pamphlet Vita Brevis won the iOTA Shots Award (2011). His first collection The Crumb Road (Bloodaxe, 2013) is a PBS Recommendation.

‘The Crumb Road has a rich, melancholy modesty, and to spend time with it enriches our attention.’ – Sean O’Brien, The Guardian. Laura Scott writes poems about what she sees.  Many of her poems come from the desire to make the reader see again with words something that doesn’t reside in the words.  Her poems have appeared in various magazines and in 2011 she got an Arts Council Grant to work on her first pamphlet, What I Saw which was published by Rialto last year.

If I were a fish

I’d swim into your head as, waiting for sleep,

you lay on your side. I’d dart from temple

the muddy sheets of your brain. I’d stir up your silt

as mine as we chased the river’s mouth back to the sea.

And you’d watch as they hauled me up in their nets, see me

and the cold stilled my gills.  You’d turn away as their blade

slit me open like a letter.  And when they dropped me

into the yellow froth of butter,  I’d cry out as my flesh

hissed in the heat of the pan, my translucence evaporating  –

but you wouldn’t hear. You’d sip your wine

with your fork still in your hand, tell them I tasted of mud.