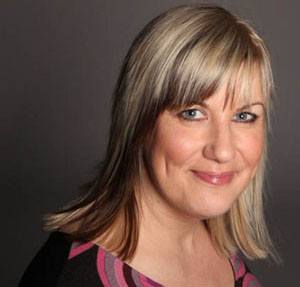 Kate Fox has been a regular Poet for Radio 4’s Saturday Live since 2007 and popped up on BBC2’s Daily Politics and Chelsea Flower show coverage as well as at gigs all over the country and Radio 4’s Today programme, Radio 3’s The Verb and many other radio shows.

She was Poet in Residence for the Great North Run in 2011 and wrote and performed a poem whilst running 13 miles. She was Poet in Residence for the Glastonbury Festival this year and found living in a tent for five days equally challenging and slightly smellier.
Her first full length collection has just been published by Smokestack and she’s performed one-woman comedy shows several times at the Edinburgh Fringe Festival. She has been called “Funny and endearing” by the Sunday Telegraph, “Funny and quirky” by comedian Sarah Millican and “A Social Anthropologist” by the several people who have mistaken her for the Kate Fox who wrote “Watching the English”. She does also, however, spend a lot of time watching the English and laughing at them.