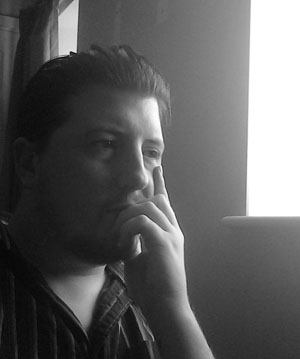 Bobby born in 1982 and lives in Kidderminster, England. Publications include the critically acclaimed experimental books Ghost Town Music and Comberton, both published by The Knives Forks & Spoons Press. His poetry, artwork and photography have appeared in various reputable magazines in print and on-line. He writes a poetry column for The Quietus. His novel The Shock of the Fall won the 2013 Costa Book of the Year. It has been sold in eighteen countries, including Israel from where he was once deported for reasons of national security.

His poems have featured on BBC radio 4′s Bespoken Word, The Wondermentalist Cabaret  and, oddly, an Afternoon Play. He has offered other musings on Michael Rosen’s Word of Mouth, and yet more poetry on BBC radio 7′s Poetry Stand-up. He has talked bookish stuff on the BBC radio 2 Book Club and radio 4′s Open Book (with a killer hangover) and Front Row (with another killer hangover).

Nathan has written features and reviews for The Guardian, The Independent, Daily Mail and Metro.  This is his website